Success means different things for different artists, and our goal is never to simply predict “the next big thing.” 2020 has been a very interesting year for independent music, and there are a ton of artists who have incubated and released beautiful singles and albums over the last months.

Sheherazaad believes she’s touched the iceberg with her upcoming album ‘Khwaabistan’, but I’d like to believe she’s got way more to give than she’d admit. She writes music that lives between pre-defined genres and sings in a distinctive, haunting voice. In sound and in style, she operates on her own terms, and as a result, has found a sound that can’t be ignored. She’s different, and different gets remembered.

Sheherazaad is a San Francisco based performer-composer, whose alternative sound echoes her experiences as a child of diaspora, in the literal sense of the word. Her parents met through a band which they still play with, while her grandmother was one of the earliest patrons of Indian classical music and producer in the Bay area. Growing up, she trained in western classical, jazz, broadway, opera styles of music, and has recently started vocal training in Hindustani classical, under the tutelage of prolific vocalist Madhuvanti Bhide. Sheherazaad draws from traditional South Asian and Western classical, where her contemporary, modern synthesis can be described as alternative-folk & experimental ballad.

Khwaabistan, Sheherazaad’s debut album, spans 9 tracks each exploring themes of mental health, migration, displacement, & domestic violence, relationship with native language, all with an aura of fantastical, dreamscape-like romance. Khwaabistan can be interpreted as an imaginary-land, an in-between world where people separated from their supposed homelands can just close their eyes and escape to. Her compositions usher in an uncanny style of South Asian experimental, orchestral-styled music. Her tone ranges from haunting to redemptive, where Sheherazaad’s original Hindi-Urdu lyricism is rustic and penetrating. 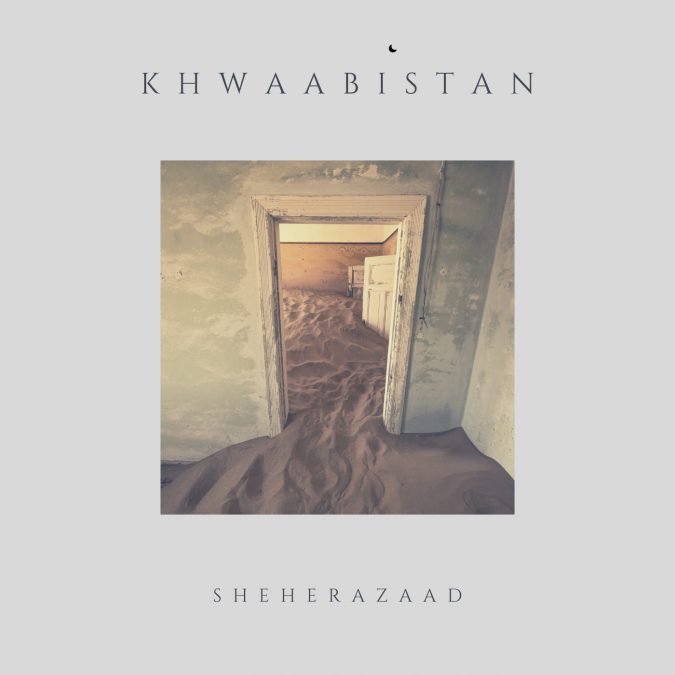 “I’ve had a long-standing relationship of a learner and admirer with Urdu language. I’m also working on a novel on the side, so I thought why not put in the writing into lyricism. Some words from the Urdu language strike me like an axe, leaving a deep impression.” Elaborating on the power of words and how they influenced her creative process, she adds, “The song Maqtal from the album, for instance, means a place of execution. As people, we all have a place inside of us where we tend to self-sabotage our joy. It’s like a personal place of execution. The song emerged from that thought which then became a larger piece around anxiety, self-sabotage, depression.”

While the lyrics, production, singing-songwriting, and video direction have been carried out by Sheherazaad herself, she credits Norway-based Runar Blesvik for collaborating feedback for mixing-mastering. The photo on the album is by the award-winning Tom Franklin.

Sheherazaad also workshopped parts of her album at Parivar, an LGBTQ desi-collective based in the Bay area. I’m very proud to have contributed to the Pariwar community. In fact, Pehchaan, my first single explores what the ideas heteronormativity can do to society.

Song videos are in the works and will be released by the end of this year. She also hopes to release another album over the next year and build an authentic community of people who enjoy similar styles of music. “I believe I’ve touched the iceberg with Khwaabistan and want to continue focusing on learning and creating more music. I’m really enjoying this phase of discovery,” she adds.