Why I Miss Going To Music Concerts

In the grand scheme of things, not being able to attend live music gigs amidst a pandemic might not be the worst thing, but let’s admit that for any music lover this pause is nothing short of a nightmare. 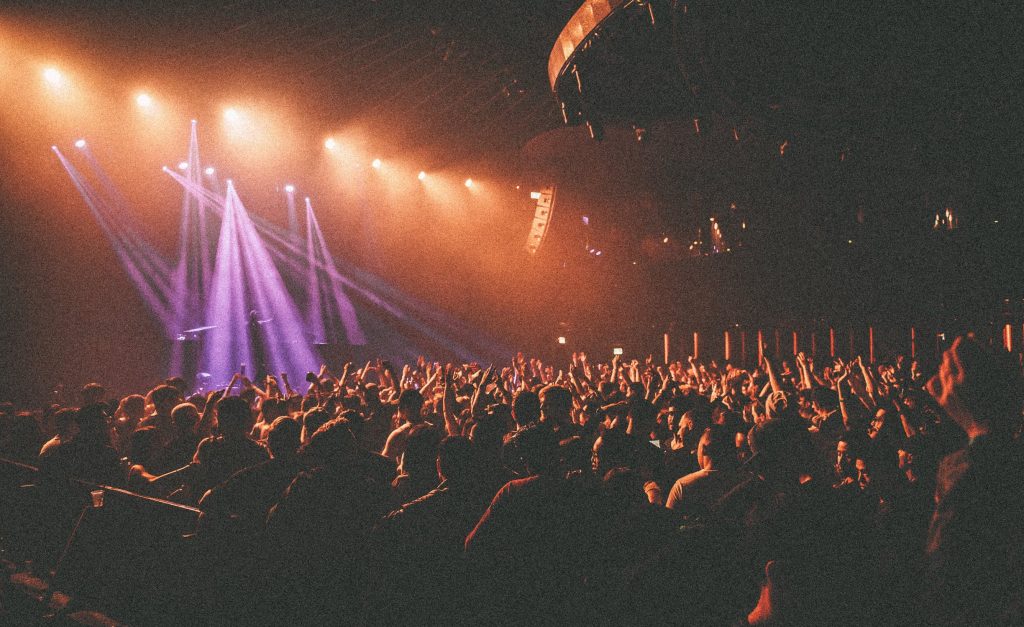 In this NYT article, Zeke Emaneul, a senior healthcare expert at the University of Pennsylvania has stated that concerts and other large gatherings will likely return only in fall 2021.

Like everyone else, I am adjusting to this new reality of life and turning to live-streams and virtual concerts. While on the bright side this has led to discoveries of some new, amazing, lesser-known artists, I’m finding myself facing strong withdrawal symptoms and craving for full-blown live concerts. For the last few weeks, I’ve been mulling over what I most miss about being at a live performance and settled on the below reasons —

Spiritual restoration — Irrespective of which genre of music you’re surrounded by, a live concert is the most immersive form of indulgence an audience can get. On the other side of the railing, an artist experiences ‘immersion’ during a performance somewhat differently — but that’s not what we are getting into today.

I don’t know about you, but the time I spend at a concert venue is sacred to me. I don’t imply any kind of godly intervention when I say sacred but rather think of it as my ‘me-time’. The seed of this sentiment might have been sowed years ago when I started performing classical music on stage. I witnessed how every event was treated as ‘auspicious’, by artists, organizers, and audience alike.

There are unwritten rules for both artist etiquette and audience etiquette. For example, every Indian classical music concert begins with a lamp lighting ritual accompanied by a prayer recital, and the disciple seeking blessings of the guru(teacher). Artists are presented with shawls as a token of respect, which they use to cover their laps with, preventing their feet from being exposed to the audience, while also doing the job of keeping their legs warm and helping with blood circulation. In more intimate gatherings, performers and listeners alike sit cross-legged, with feet tucked under and out of sight, on floors covered in white sheets. Shoes, of course, have no place at such gatherings and the no-shoes rule applies, even today, to those who work on stage before a recital in traditional settings. These days, audiences keep their shoes on but it is considered rude to recline or slouch in one’s seat or point one’s feet towards the performers if seated in the front row. Needless to say, walking around while an artist is performing is a major violation.

Having witnessed all this behavior over a long period, I always find myself treating a concert venue like a sanctorium, where I go to derive the fruits of meditative labor of the performing artists. Here, while immersed in music, I can dive inward to a place within me where there’s boundless joy. In those moments, there’s something larger than life, something that’s beyond you and me, which engulfs me completely. In that instant, it does not matter whether I am surrounded by a hundred or thousands of people because everything around me becomes invalid, and I become one with music. Like a note, like a fragment of the artists’ creation, I just blend in. It’s like taking in a lung full of their music and breathing it out. I don’t think I feel more alive anywhere else. Of course, I’m able to traverse through this experience only when I’m genuinely enjoying the music, and over time, it has also turned out to become the yardstick by which I measure my appreciation for the artist and their art.

Discovery and rediscovery — When playing live, artists seldom replicate their tracks exactly as in their officially released recording. Every stage is an opportunity for them to experiment with sound, and thus they will improvise their tracks on the go, thus providing even seasoned fans with something new to love each time. This discovery becomes multifold at a Ghazal or Qawwali concert, where artists often interweave poems that might have been written centuries ago. Often times, these singers choose to render some rare poetic verses based on their audience type, their mood, memory, etc. All these unique experiences cannot always be recounted through digital music recordings. It’s gone if you miss it.

Another avenue to discover new music is the opening act. When you go to a live music concert of your favorite artist, the chances are that they’ll have one or two support artists going on first. This is a great way to discover new music that is similar to the music you already like but with their own take on things.

While on the topic, I also recommend deliberation in exposing oneself to new genres. Many of us repeatedly attend gigs of our most preferred genre, but I highly recommend experimenting and letting new sounds surprise you. Even if you don’t buy into the genre as a whole, sometimes an artist’s take or characterization might appeal to you, and you might walk away with something fresh to savor.

Proximity with artists — One of the biggest and most breathtaking benefits that live music concerts provide is the opportunity to meet and share space with icons, be a part of their journey, show support and connect with them.

Any concert that I go to, I always try and find a spot that’ll give me a good view of all the performers on stage. I really enjoy observing the body language of musicians in the middle of their performance, especially those of senior, seasoned maestros, because they would have surpassed all kinds of stage-related inhibitions. The instruments they play or the songs they sing essentially become an extension of their bodies and spirit or soul or whatever one may want to call it.

As strange as it might sound, I really love and enjoy observing how their music and their physical being become indivisible during their performance.

This pretty much sums up what I miss about live shows. There are other things that concerts offer, such as being a part of a community that relishes a common interest, but I don’t think it’s a big reason for me. In fact, more often than not, I find myself a suitable vantage point at the venue and hang there by myself. Like I mentioned earlier, I treat this time as me-time.

This is the longest I’ve gone without attending or performing in a concert, ever since I was five or six years old. I really hope we will be able to bring back music performances like how we’ve always known them to be.

One thing’s for sure — I will appreciate live concerts so much more once I get to attend one again.